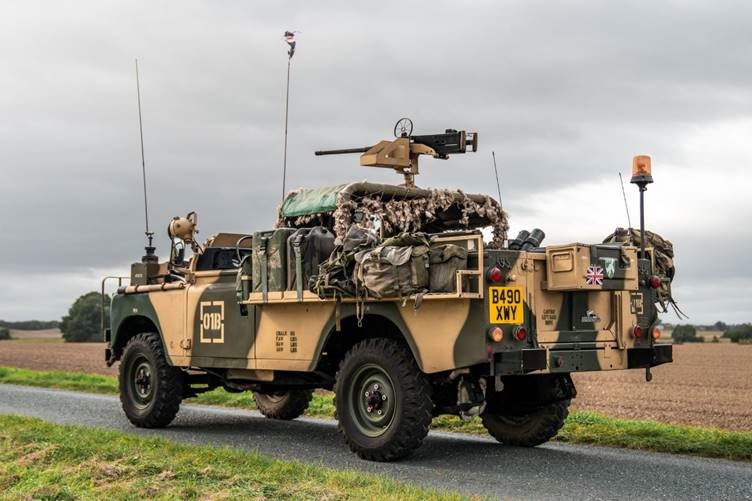 The car was built at Land Rover’s Solihull plant in 1984, and then utilised in mainland Europe, likely by the German military. Two military enthusiasts in York purchased the car in 2010 and conducted a replication to ‘SAS’ specifications, sourcing and fitting various parts to give the look we see today.

Both machine guns (.30 and .50 calibre) are professionally made ‘dummy’ guns by Crossfire of West Sussex. These guns carry certificates from Crossfire to this effect and are legal for civilians to own, display, and drive the car equipped with them on UK roads.

Classic Land Rover® experts John Brown 4×4 purchased the Gunship in 2020 after it had been in dry storage for some time. The team of experts recommissioned the vehicle over the course of 12 months, improving the driveability with new shock absorbers, brakes, a new fan belt, and a carburettor, among other correct specification parts. Military fitments and extra items were also sourced during the recommission to complete the outfit.

Due to the unique nature of this vehicle, the John Brown 4×4 team originally decided that it would be retained as both a showpiece in the showroom and for special outings with staff. However, the John Brown 4×4 showroom has recently been rearranged, so the vehicle is now available for purchase through RM Sotheby’s.

“The military features and touches all over this Land Rover® come together to create an exceptional SAS car recreation. The two dummy machine guns fitted to the car, in .30 and .50 calibre specifications, really catch your attention.

“While the car is left-hand drive owing to its military use on mainland Europe, no windscreen or roof provides the driver fantastic visibility on UK roads.

“The car has been professionally repaired and restored, so that the driving experience matches the car’s looks.

“Our team have had a fantastic time working on this car. It’s been a centrepiece in our showroom, where it catches the attention of every customer that comes to visit our site. We’ve even occasionally used this Gunship to make customer collections that bit more special.

“However, we’ve recently rearranged our showroom, and have decided to give a member of the public the opportunity to own this fantastic car. The Gunship is a thrilling drive that turns heads wherever you take it.”

You can have the chance to purchase this one-off car between the 6th and 13th of October, at RM Sotheby’s Open Roads auction. The auction is fully online, and open for bidding from any country across the globe.

The Land Rover® Gunship will be presented for auction along with other vintage and rare cars from across the world.

RM Sotheby’s proprietary platform allows for faster transactions from anywhere across the globe, while retaining the high level of service bidders can expect from RM Sotheby’s. 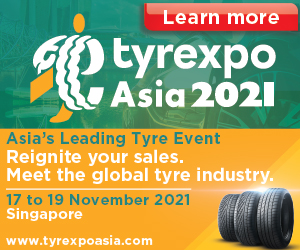 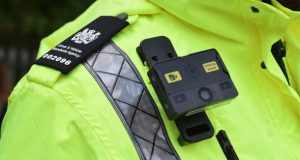 Roll out of bodycams for DVSA frontline enforcement staff